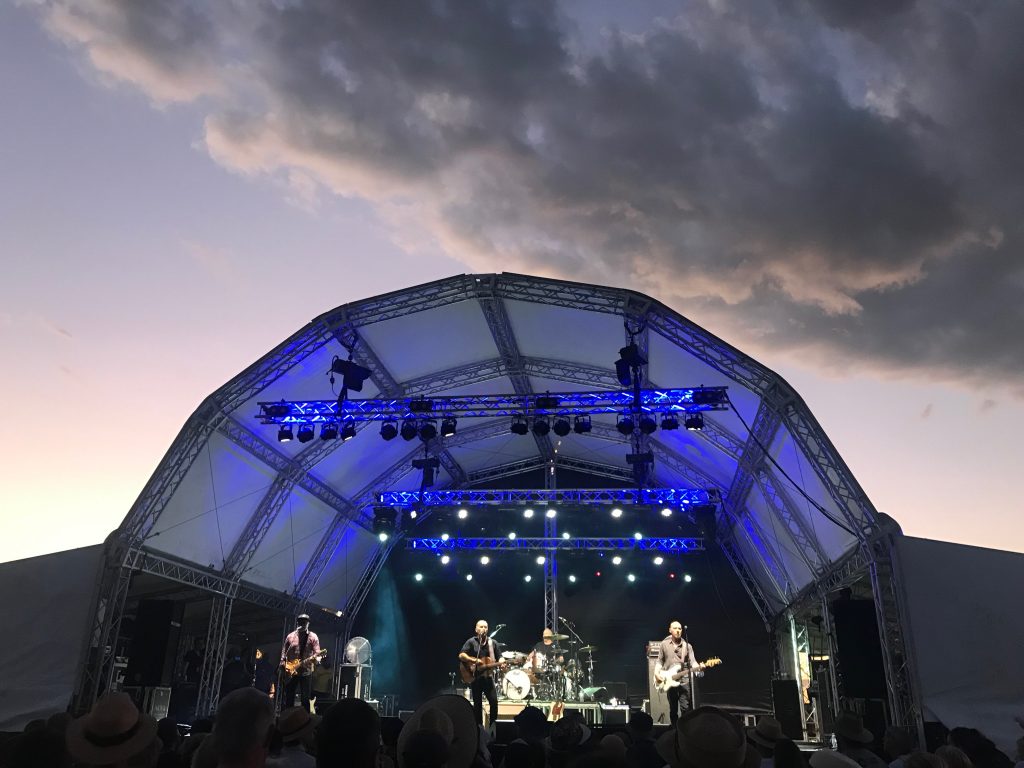 Mark Seymour and The Undertow performing at the Band Together Farmers concert.

The Band Together Farmers concert held in Parkes, NSW in November has significantly increased the profile of the Centre for Rural and Remote Mental Health (CRRMH).  The concert was held to support farming communities who are affected by the current drought, with the CRRMH selected as the event beneficiary.  The event attracted wide- spread media interest which was hugely beneficial to the CRRMH.

Band Together Farmers provided a unique opportunity to profile the CRRMH and its programs to the crowd, many of whom visited the CRRMH marquee at the event to pick up information and talk to the team. The CRRMH team chatted to people first-hand about their experiences with the drought and provided information about ways to stay mentally healthy during this tough time. They also had the opportunity to get up on the stage and tell the crowd about the work they do, which was very well received.

Band Together Farmers also provided University of Newcastle researcher Emma Austin an opportunity to carry out an online survey that investigates the links between drought, wellbeing, and the ways people adapt to cope with adversity. Results from the survey will help inform programs and initiatives targeted at improving resilience to future drought. 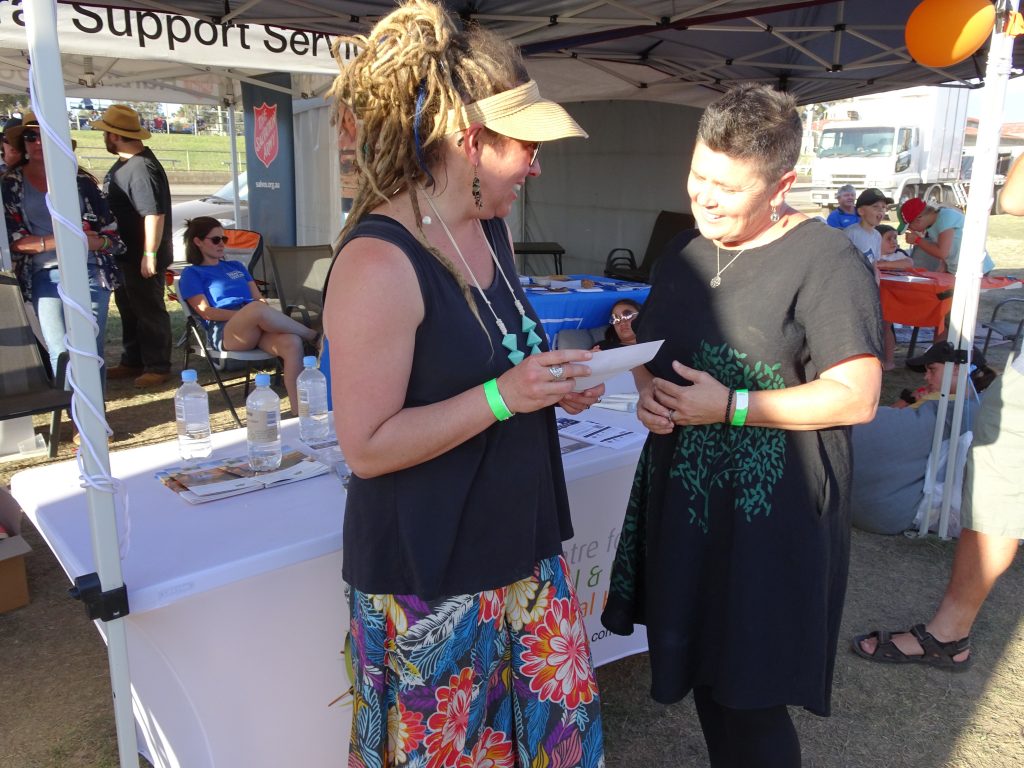 Over 2,000 people attended the concert to see bands such as the Hoodoo Gurus, 1927 and Mark Seymour and The Undertow perform. A highlight was a flyover by the Royal Australian Air Force Roulettes.