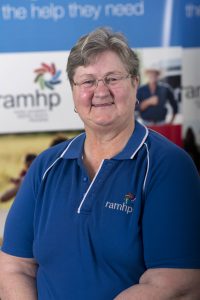 Orange has been identified by key mental health organisations as the central regional planning point to hold a community forum on suicide prevention as part of a ‘Collective Purpose Speaker Series’.

In 2016, the number of suicides per 100,000 people in rural and remote Australia was 50 percent higher than in the capital cities. This rate gets higher as areas become more remote and has been growing more rapidly than in the cities. The rate for Aboriginal and Torres Strait Islander people is twice that for non-Indigenous people.

Leading the suicide prevention efforts outside of capital cities is the Centre for Rural and Regional Mental Health (CRRMH) which recently published its Rural Suicide and its Prevention: a CRRMH position paper.

“We believed that solutions which empowered communities to prevent suicide was something that wasn’t being addressed.

“When the suicide figures came out in September 2017 they indicated there was a very small decrease in the number of people dying by suicide, which is encouraging, but nonetheless, when the rates are twice the rates of metro areas we clearly need to address this,” said Professor Perkins.

The CRRMH is teaming up with the Collective Purpose Partners, WayAhead, NSW Mental Health Carers and Being – Mental Health and Wellbeing Consumer Advisory Group, for the next Collective Speaker Series to be held in Orange on 12 June.

“The Collective Purpose partner organisations are really looking forward to our trip to Orange to hear the local community’s thoughts about creating effective local suicide prevention strategies. We are happy to provide as much support to the facilitation of these vital community led discussions as we can,” said WayAhead CEO, Elizabeth Priestley.

During the event, Professor Perkins will outline the five focus areas needed to address rural suicide in both the immediate and longer term.

Participants can also hear from community advocates about their experiences undertaking projects in their local community which align with two of the five focus areas in the Centre’s Position Paper – Focus Area 4: Build Protective Factors in Young People;  and Focus Area 5: Build Healthy and Resilient Communities.

Sharon Cope and Rachel French, from Orange Public School will speak about their program Kids Matter and how they support the mental health of young people

Di Gill, from the Rural Adversity Mental Health Program will present on the importance of community connectedness when times get tough.

A panel discussion including Elizabeth Priestley, WayAhead – Mental Health Association NSW CEO discussing what the
prevention strategy means for different groups. The panel will also take questions from the audience.

This event is open to the community to attend.

Professor Perkins said he hoped the event would educate and inspire local community members to take action and contribute to lowering suicide rates in rural communities.

The details of the Collective Speaker Series event are:

Registration for the event is essential and can be done at www.eventbrite.com.au. Tickets are $10.00/$5.00 concession. Light refreshments will be available.

The CRRMH welcomes the opportunity to partner with organisations that wish to take action and have a positive impact on rural mental health issues.