Men are three times more likely than women to take their own life. It's a fact that we need to talk about more as Aussie Blokes struggle with the idea of masculinity and what that looks like in 2019. But how can we all help? Two men are on a mission driven by the need to look after the men around them.

Listen to this episode: 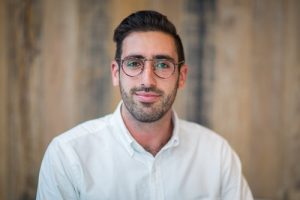 Zac Seidler is a registered psychologist and current PhD student at The University of Sydney. Zac is a strong advocate for improving men’s access to the mental health care that they want and need, rather than what is easiest. Whenever he broaches the topic of male depression with friends everyone sighs and says “not the men thing again,” and that’s how he knows the message is getting across. He loves drumming and is addicted to the ocean, his self-described ‘dive therapy’. 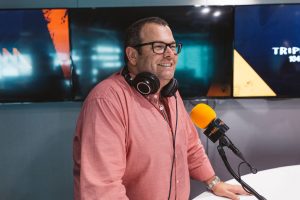 Gus Worland is an Australian television and radio personality and RAMHP Ambassador. He is best known for his series of television programs “An Aussie Goes” and more recently in his role as co-host of Triple M’s breakfast show, The Grill Team since 2009. Outside of his radio commitments Gus can currently be seen in his new ABC TV series Man Up, which aired in October 2016 and can be seen on iView. Man Up is an exploration of modern masculinity and men’s mental health issues – challenging masculine stereotypes, getting men better connected and breaking the silence around suicide.  After the success of Man Up, Gus has started a foundation called Gotcha4life. After hosting ABC’s Man Up documentary and losing a very close friend and life mentor to suicide, Gus wants to make a difference. Gus’s goal is to shift the relationship between current masculine norms, including stoic beliefs and suicide. To discover the secrets for men to survive in the modern world, Gus wants to help and support people who are making a difference, saving lives and redefining what it really means to be a man today.

There are traditional and rigid aspects of masculinity that tell boys and men to act tough and be stoic. These aspects of traditional masculinity are associated with suicidal ideation and research has found that men that conform to these norms are twice as likely to report having thoughts of suicide. [1]

Given that of the 3,128 people that died by suicide in 2017, three-quarters of them were men, it is time to rethink some of the traditional aspects of masculinity. [2] Together we can take the idea of “man up” from being silent to being brave by talking about the tough times.

[1] The Man Box: A study on being a young man in Australia.

The Man Box: A study on being a young man in Australia -This report focuses on attitudes to manhood and the behaviours of young Australian men aged 18 to 30.

Beyond the Emergency: A national study of ambulance responses to men’s mental health – This report investigates the scale and nature of ambulance call-outs to men experiencing mental health issues, self-harm or suicidal behaviour.

Click here to listen to our podcast ‘Men’s Mental Health’ podcast from Series 2. This episode explores what men can do to look after themselves when they feel like they might coping and ways they can get help.

Man Up – a three-part documentary series and social awareness campaign developed and produced by Gus Worland that aims to get to the bottom of the male suicide crisis, effect real social change and hopefully even save lives.

MensLine – provides articles for men on the topics of mental health and wellbeing, suicide, relationships and parenting.

If you or someone else is in immediate danger, call 000 or go to your nearest hospital emergency department.

If you’re concerned about your own or someone else’s mental health, you can call the NSW Mental Health Line 1800 011 511 for advice.

Having a tough time and need someone to talk to right now? The following services are there to listen and help you out. They are confidential and available 24/7.

MensLine Australia offers a confidential telephone and online (both 24hrs/7day) support, information and referral service for men with family and relationship concerns as well as mental health concerns. The service is staffed by qualified professionals experienced in men’s issues.

ADIS is a 24/7, confidential telephone service providing information, support, referral and counselling on topics such as illegal and legal drugs, parent advice and detoxification.

Men’s Sheds are a space for men to hang out with a few mates, build a few things and give back to the community. Find your nearest Men’s Shed here.

The Banksia Project runs ‘Growth Rooms’ is a peer to peer support group for men to come together, talk and discuss life’s challenges and triumphs in a safe place. In rural NSW, there are currently ‘Growth Rooms’ running in Dubbo and Orange.

My Compass is a free online self-help program for adults experiencing stress, anxiety or depression. There is a specific activity for men on myCompass called ‘Man Central’.

Raising boys in the era of #metoo and ‘toxic masculinity’