How are you travelling? It might make a difference! 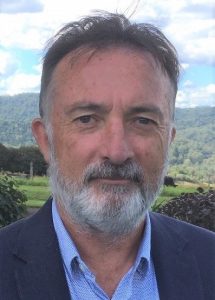 If you type ‘riding a bike’ in Google images .. what do you notice the images have in common? 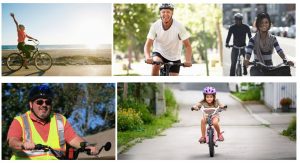 ‘It’s the freedom, you can’t beat it’

‘I ride a bicycle for the joy of it’

‘I ride a bicycle because it’s fun, it keeps me fit and it saves me money’

‘Because it’s so much fun!’

All this enthusiasm for riding a bike really resonates with me.

And it probably explains why a survey in Canada found that 66% of people who walk or ride to work are happy with their commute, compared with only 32% of car drivers and 25% of public transport users.

Nearly 15% of people in regional NSW ride a bike at least once a week, and nearly 40% ride a bike each year. Smaller numbers ride daily for work or transport, but a large number of people aged over 15 would like to ride more.

And a lot of people in regional NSW probably could ride more. Many of our towns have quite flat topography, wide roads, and distances just right for good bike ride.

I recently ran a survey with Dr Clifford Lewis from Charles Sturt University called Riding a Bike in Regional NSW. Ninety per cent of the 1325 respondents were car owners, and 80% owned bikes.

There was a small minority who were negative and even hostile to bikes, but overall the attitudes to bikes and riding bikes were extremely positive.

Most ride bikes for their physical health, for fun and enjoyment, to clear their head, and for socialising reasons like meeting other riders.

Some ride for environmental reasons or to save money, but the large majority of individuals ride bikes for recreation, and for their own wellbeing.

Our survey also found people believe bikes bring a number of benefits to their communities.

-90% said that cycling could improve physical health in the community

-75% said more people should cycle in their community.

I find the sight of bikes in a town very attractive, it makes me want to get out of my car and explore.

Most recently I had that feeling when I stayed in Albury. The many riders and bike signs and lanes and special paths just made me want to get out and meander on a bike.

And it seems I am not alone.

-72% of our NSW sample said the sight of bikes makes a town seem more desirable.

Our survey found that a large number of people plan to do more active transport in the future.

The more I read about bikes and integrating bike riding in your life the more I’m convinced that it’s a great thing to do if you can.

There is much to gain from exposing yourself to sunshine, scents, breezes, and green spaces, and pumping your own blood and muscles to propel you along.

We know many people use cycling to help them get and stay fit.

Increasingly we see evidence that getting on a bike can make important differences to health and feelings of wellbeing.

Another study found that bicycle use was linked to vitality and a range of mental health measures. Walking was associated high vitality and good perceptions of self-health.

Other studies have reported association between active commuting and physical wellbeing, but not mental wellbeing, and estimated that for individuals shifting from car to active transport there are some risks from accidents and pollution, but the gains in life expectancy should be much greater.

Many people plan to ride more in future.

It’s a small and achievable change that could improve the wellbeing of communities and individuals.

In the words of James E Starrs, ‘Melancholy is incompatible with riding a bicycle’.

One response to “How are you travelling? It might make a difference!”